Were already quite a few days into April, but we still haven’t had a monthly review of the BJQ in the month of March. With new and exciting developments in the area and even more photos showcasing the area’s uniqueness, here’s what’s kept the BJQ buzzing in the third month of 2018…

This past month brand new and exciting happenings have occurred in Birmingham’s Jewellery Quarter, but the most exciting has been with the opening of the Vanguard Bar. The Vanguard is a neighbourhood Cocktail Bar and Meadery located above 1000 Trades Birmingham. Spearheaded by Samuel Boulton, a cocktail consultant and bartender who previously launched the bar at Harvey Nichols and has worked with Global Brands such as Gabriel Boudier and Chairman’s Reserve. The Vanguard specialises in cocktails but has a focus on an often forgotten beverage, mead.

Recently we visited Samuel at his phenomenal cocktail bar, to interview him for our Faces of The Jewellery Quarter Project. You can check out the video below.

Hazel and Haydn is ran by owner Dale Hollinshead who we interviewed as part of our Faces of The Jewellery Quarter. He told us about his experience and the history of Hazel and Haydn. Check out the interview below.

Let’s hope 2018 is the winning year for Hazel & Haydn. They have the Jewellery Quarter behind them.

Opening in May this year is a brand new wine bar by snow hill station. Arch 13 at Connolly’s will open at Connolly’s, the city’s oldest wine merchants. The family ran business has been shipping wine in and around Birmingham since 1906. The new wine bar will be split into two separate areas with an ‘intimate’ bar at the front of the building and the wine shop moved to the rear of the store. 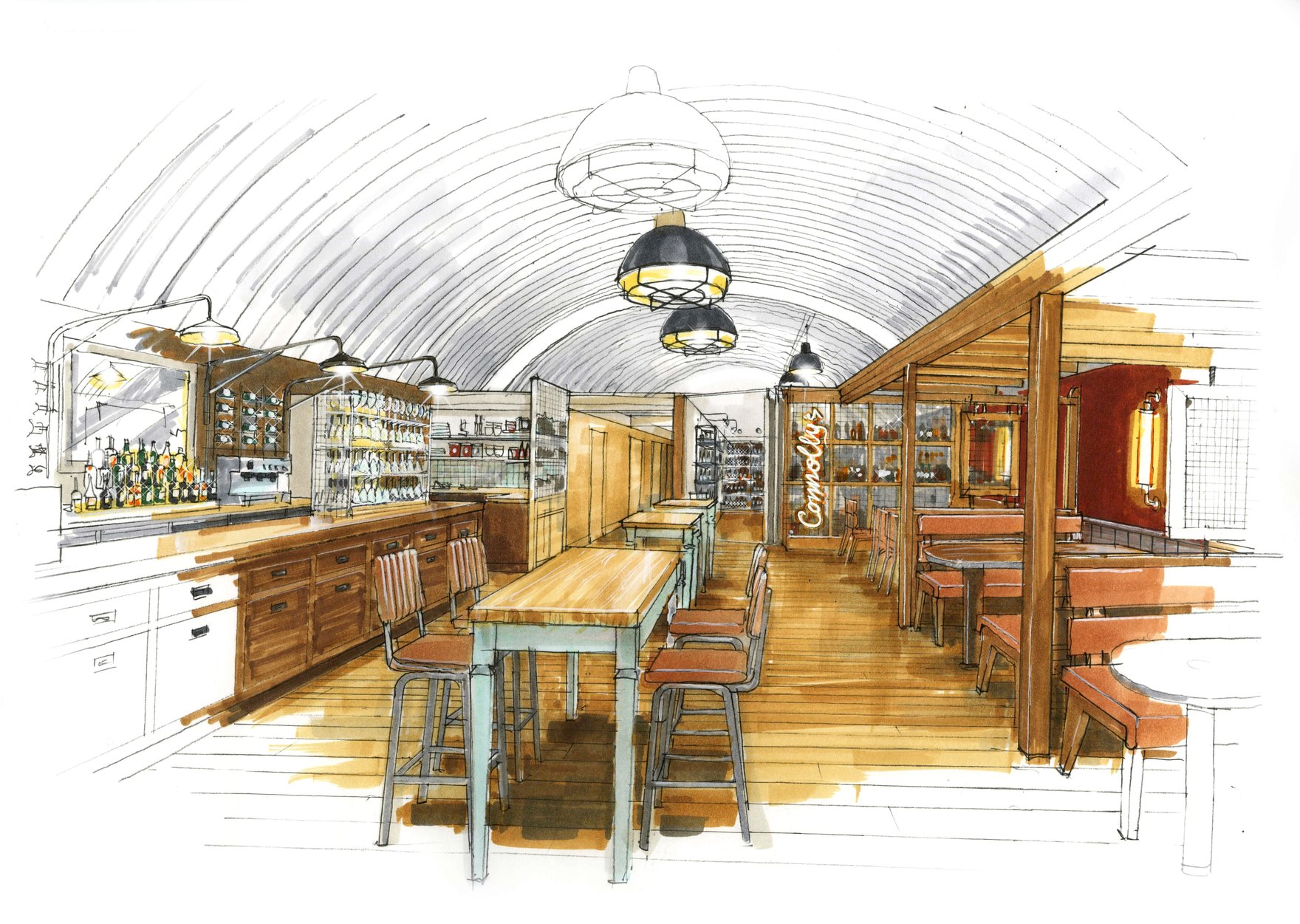 Developers unveil new plans to redevelop four acres of land next to historic quarter’s railway station with a residential and commercial complex. The plans have been around for a while, but editions see the plan for a new hotel has been dropped. The £110 million project, called Hockley Mills, will create a new mixed-use complex with more than 400 apartments. Directors of the company in charge of the development Blackswan directors said the changes had come about after several meetings with city council planners and a struggle to find the right operator to run the planned 42-bedroom hotel. 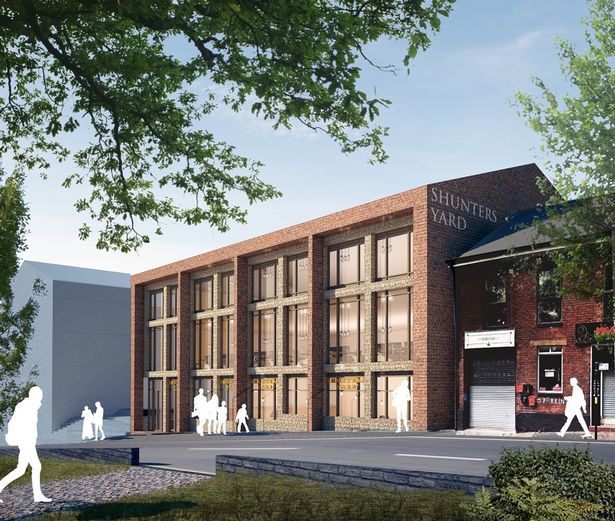 Every month we have a large number of photographers showcasing the areas of the jewellery quarter here are our favourites. 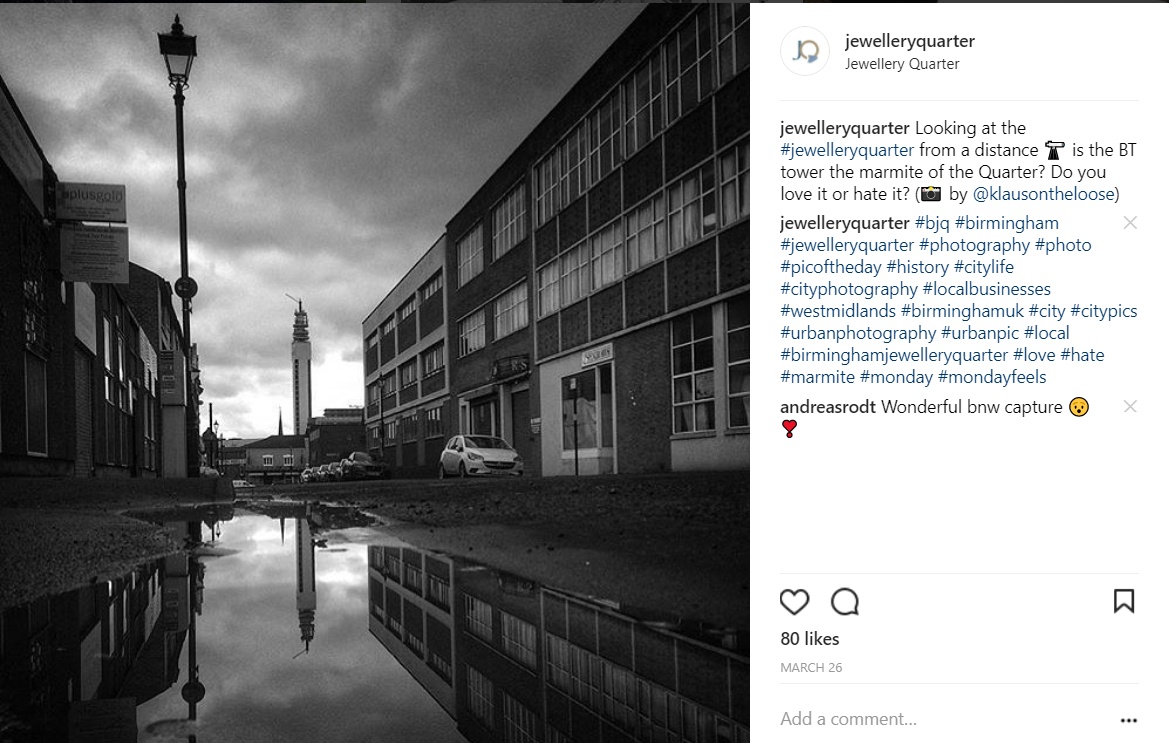 The second image is a “San Fransico-esque” photo of Livery Street, with the gorgeous “Matter of Opinion” street art standing out above comes from @cahillphotos 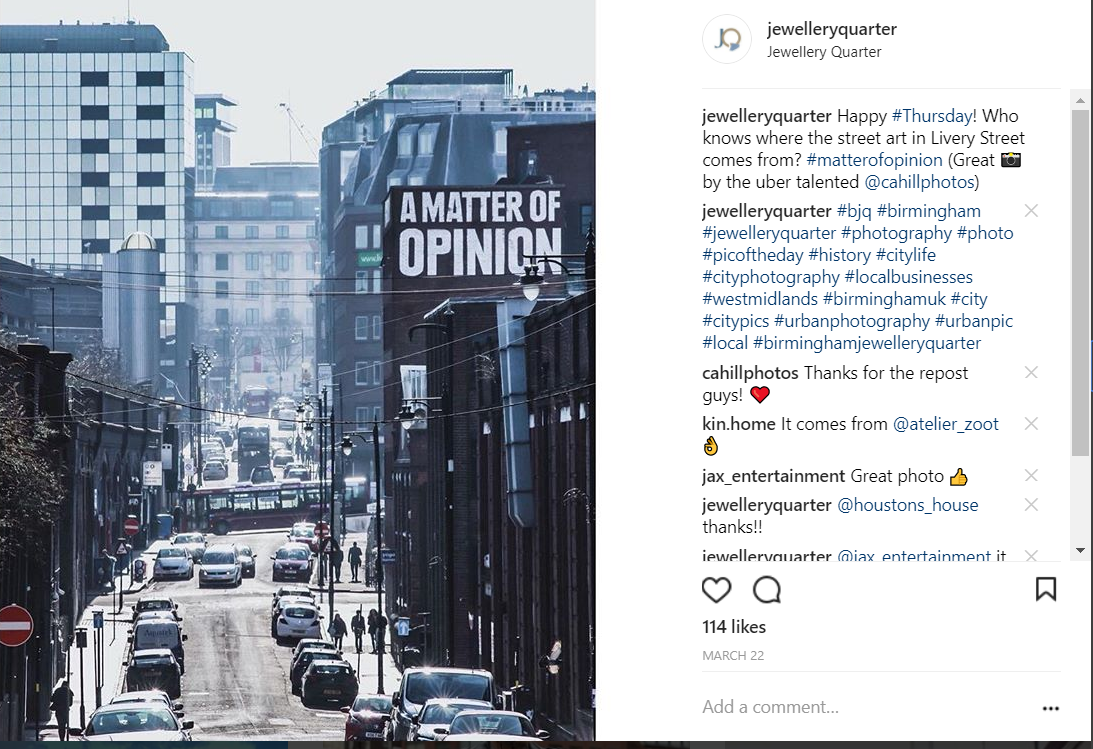 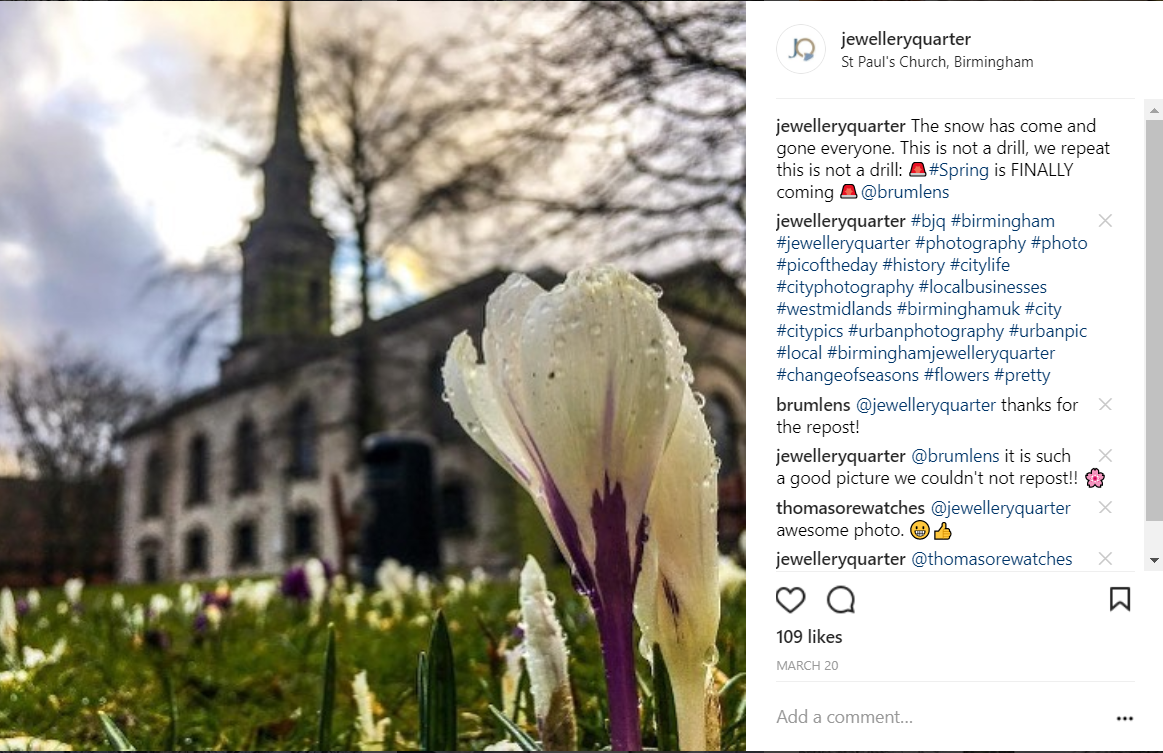 Faces of The Jewellery Quarter

Check them all out below!

Firstly we visited Gemport Jewellery and met with David. Watch the interview below!

After we met with Aaron at Sarto Hair, located on Water Street.

Then we took a short trip to the fantastic Pen Museum.

Finally, our most recent interview was at Cucina Rustica.

Please follow us @BirminghamJQ to keep up to date with everything that’s buzzing around in the Jewellery Quarter.