You’ve all heard of or know of Chamberlain Clock –

You know that large green clock, centred on the junction of Vyse Street, Warstone Lane and Frederick Street? Yeah, that. 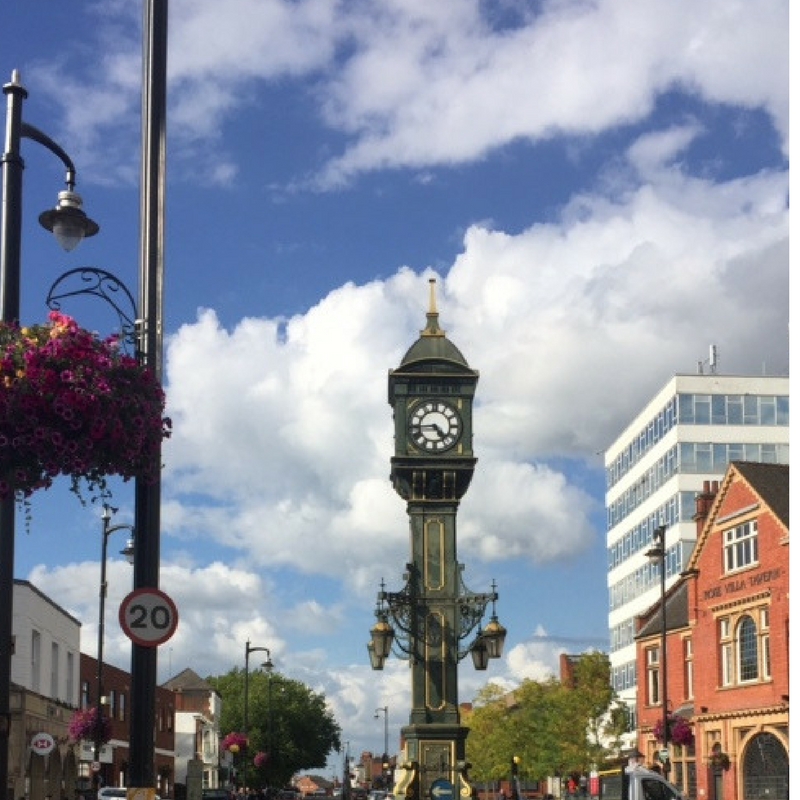 It’s such an iconic landmark of Birmingham’s Jewellery Quarter and has an interesting history.

It was erected in 1903 in the honour of Joseph Chamberlain, MP for the area in the late 1900’s. Chamberlain resigned from office in September 1903, in order to allow him to advocate his scheme of tariff reform.
He hoped to transform the British Empire into one united trading block – as according to him, advantageous treatment should be given to British companies that are producing goods for the home market, which should be protected from cheaper foreign goods, something that is still a current problem within the British industry, especially within the Jewellery trade.

Joseph Chamberlain resided in the Quarter, on Frederick Street quite some time.
Other than the amazing work he did for Birmingham, Chamberlain championed the Jewellers’ Cause – mainly during his campaign work to eradicate Plate Duties; a tax that was affecting jewellery tradesmen of the time.

The Clock was fortunate enough to stand in its original condition for 80 years, but it fell into a state of disrepair and was refurbished and repaired in the 80s and now stands tall, at the Quarter’s heart.